SATYR RANT: My Ox Cart – The Fast and the Furiously Fined.

My ox cart likes to go very, very fast. Especially when I’ve fed it its special oats (a concoction of my own making similar to that which Santa feeds his reindeer.) It’s a Dual Bovine GTI with the aforementioned top of the range fuel injection and the most incredible exhaust system which actually makes me go even faster! It does tend to make the cart rather fumy and nidorous but what the hell do you expect?

Anyway, every now and then I get a speeding fine or parking fine or some other seemingly implausible violation of vehicular conduct, which causes me, my ox cart and my bank manager considerable grief. But not such a big beef. They are your laws and in this democracy I have to adhere to them. However, in my defence, I have to inform you that it’s pretty hard trying to a fix a speedometer to an oxen’s bottom. They don’t like it. That and the fact that I’m flying cross-country about 3 meters above any traffic is irrelevant. However, I still have to account for my actions.

Onwards, as I’m a dwindling fantastical species previously thought to be extinct on this isle the government has set up a benefits system for me*. Lush! I don’t actually have any real monetary coinage per se. I just get it paid into something called a ‘current account’. When I go to a shop or pub if you will, I wave a tiny, little bit of plastic, about the size of a business card, and lo and behold the lady behind the bar says thankyou and walks off. So I take my beer and I sit down. What a wonderful world, eh?

*It’s very important to the government that they give me money so I can pay my council tax for my hut. And then in doing so I…give it back to them…for reasons unknown.

Anyhoo, when I get court fines, as I don’t really earn an income, monies-for-being-naughty exit directly from said benefits before they visit my ‘Current Account’. I have nothing to do with it. It has nothing to do with me. It just sort of…happens. Sorcery!

But a few months ago I was merrily and obliviously about my business, writing prose about baby swans and puppies and cloud formations, when I got a rather nasty red inked-letter from a company called Collectica, a debt collection agency. These rather abhorrent administrators work on behalf of her Majesties Royal Government (I assume because they themselves don’t want to get their hands dirty with any real work or tarnish their good name. Gotta love a Patsy).

This distressing array of threats and lists of monetary sums proclaimed that I hadn’t paid my most recent fine to her Maj and all her little minions. I therefore elected to respond by contacting them through an telephonic instrument and shouting ‘bollox’ at them in a proud and happy voice. Then put said celestial apparatus down. The results of that communique were in no way encouraging….

Turns out that if I didn’t settle up within 24 hours a pack of large gentlemen with dull tools were to be set about my person with gusto and brevity. So naturally, I had to self-extract then sell on a kidney in order to able to pay them off immediately. It might be worth noting at this juncture that on the back of the letter was another list, full of bailiff and auctioneers costs for the privilege of them flogging all my stuff!

But here’s the thing, a bit of plot as it were, it turns out that a duplicate account was set up by person or persons unknown, by establishments unknown at the advent of my last vehicular faux pas. Fined monies were being paid out of my usual benefits before they reached my ‘current account’ as is their want and nothing untoward was awry. Happy times. Low stress plays.

However, the other account was left bear with nothing in the cupboard and nothing under the stair. Except for mouse shit. So three months down the line, after not a nugget of gold was deposited therein, her Majness decided she’d had enough and sent the debt collectors after me. No communiqué in the meantime what so ever. No telephonic herald, no electronic mail, no facsimilia, no surly letter with reserved amounts of red ink. No Royal Messenger Pidgeon. Nothing. Nada. Diddly squat. F%$k all. Or as footballists would say F.A.

So straight to the arse as it were: ‘you owe us lots of money, so were going to come round and seize what paltry possessions you do have and when we realise that you are poor and have no material wealth we will take our toll in blood.’ God save Her Graciousness.

But I did none of those things really, fun though it might have been. Instead I sat down with another borrowed cellular telecommunications device and set about sourcing the bottom line in all this nonsense. Easier said than done. Let. Me. Tell. You.

Is it/ was it a problem on Collecticas’ part? The DVLAs part? The benefits people’s part? Who knows? And to this day I still don’t. Because it didn’t matter who I called or who I even got through to or passed about by- 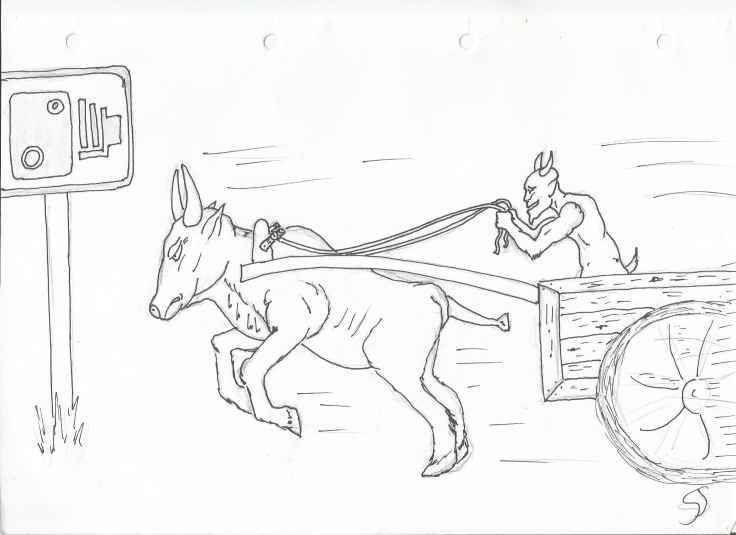 Baby Jesus knows how many hours and ‘mobile-minutes’ have been wasted going round and round and round just trying to get through to someone who at least knows what I’m talking about.

I’ve spoken to hundreds of people and amassed and complied quite a tomb of names, reference and account numbers – I’ve realised Customer Service really isn’t the government’s thing, especially when giving back money. Bizarrely enough Collectica were quite approachable, who would have thought- eventually, when the immediate staff person I’m talking to finally realises they’re not going to be verbally abused and I’m not a psycho they finally relinquish their name and we established rapport. They can be quite courteous, respectful and helpful. Well, helpful up to a point…helpful as far as they can…we go round again, no one knows who is to blame, no one knows their own name, what their job entitles, where they live, what they had for breakfast etc.

What if I had been a dear, sweet, old lady with an infirm heart and an even in-firmer bowel tract? Or perhaps any person unfortunate enough to be incapacitated in whatever capacity so that they were unable to work? Perhaps even someone of a nervous disposition? Doesn’t bare contemplating…

But let’s spin on just a bit. Eventually I got through to someone who knew what I was talking about, who knew what they were talking about and who knew how to remedy it. God bless America. Or Engtain. Britland. Whatever. He said just relax and we’ll pay you back quickly in instalments. Sorted. Let it lie.

Now let’s spin on a few months to now. Right this minute. I try to procure nourishment and sustaining beverages from a local comestibles purveyor. The little magic card of wizardry gets declined. I instantly get some concerned communications from my bank-persons urging me to speak with them as I have inadvertently raped and pillaged my ‘current account’, something called an ‘over draft’ (again, I think it’s something to do with my oxen’s tail pipes, but who knows) and it’s ‘overdraft limit’. To an insurmountable tune.

I panic. I weep. I leave the premises humiliated and embarrassed but more importantly: without a single drop of wine to bolster my nerve. I then proceed to go back through months and months of bank and benefit statements trying to find out where the issue is.

I am now two months in to debt with my bank-person-bloke because of the over payment to Collectica (including their astonishing ‘Admin. Fee’) which I didn’t need to make and subsequent bank charges from my ‘overdraft’ and further violation of its ‘limits’. Sigh.

I try my utmost to never asked anything from anyone in my life, but now I’m asking for something I’ve certainly never had the Gaul to ask for before, ever (what with being British) – an apology!

But I put it to you: Do you think I deserve an apology? Do you think an apology should have been forth coming without me having to rant about it and waste my time, energy, phone bills and already stretched sanity?

If the answer is yes to any of those questions, then I should proceed…But then, hang on…who do I ask an apology of?…

Believe me I’m not about to spend the next full week of my life phoning round to get some damn answers and going stir cray-cray in the process.

So therefore I’m going to do the only thing I can do and that thing is to make a special Satyr post ranting about it instead…oh look, yay me! 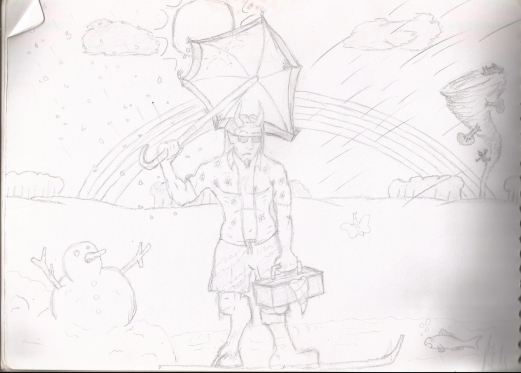 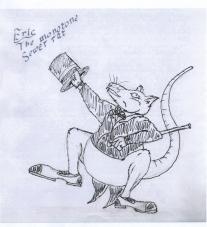 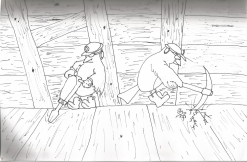 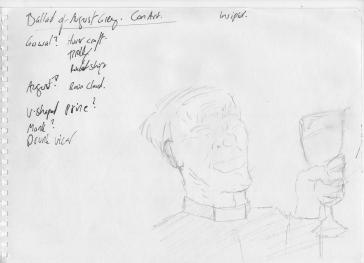 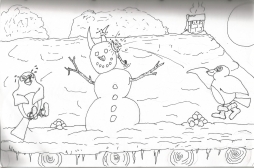 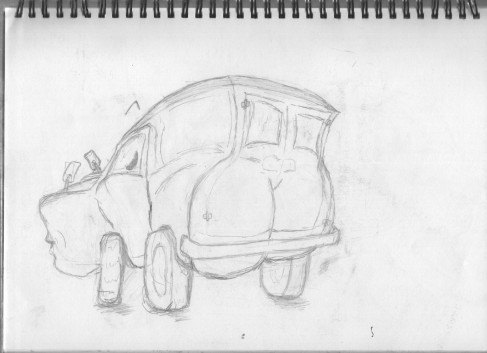 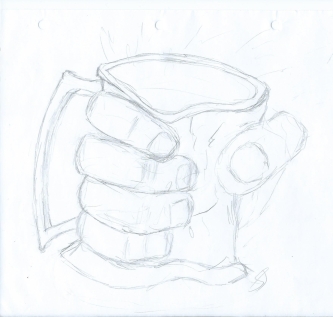 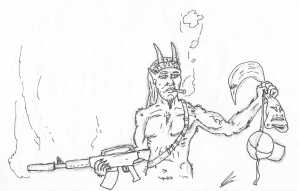 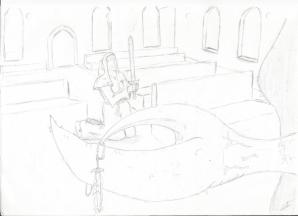